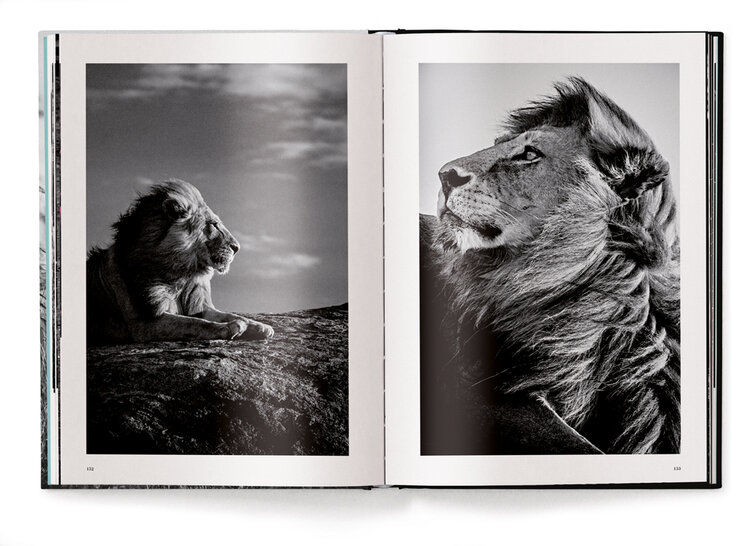 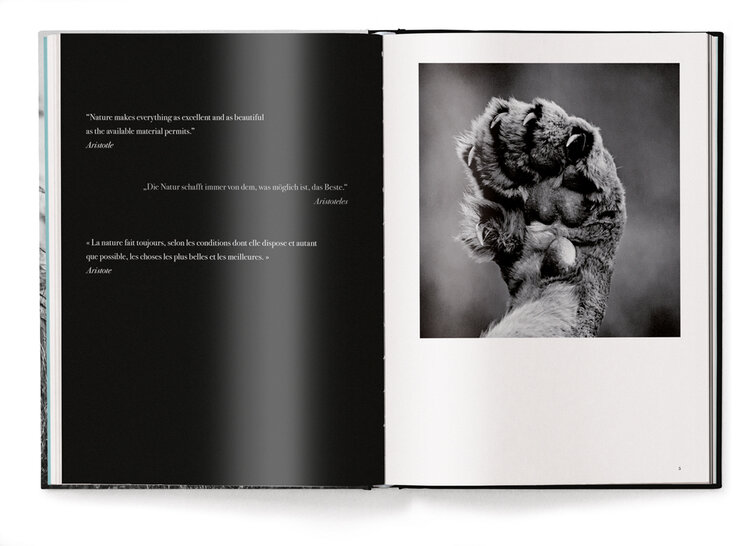 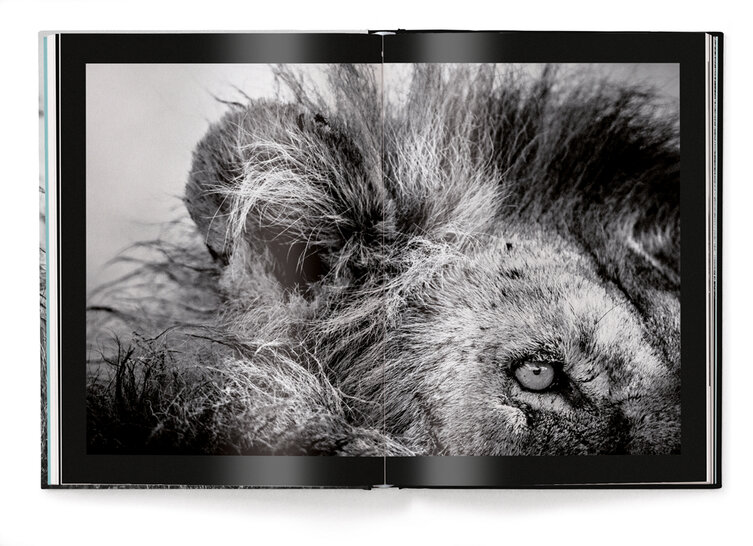 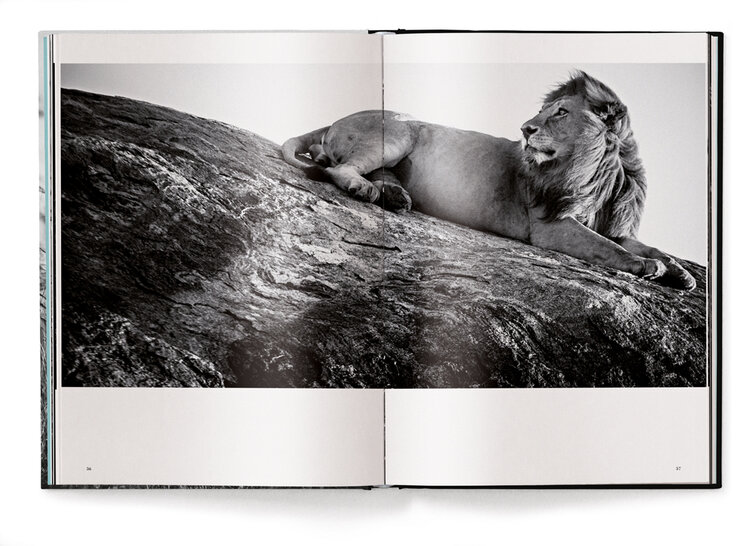 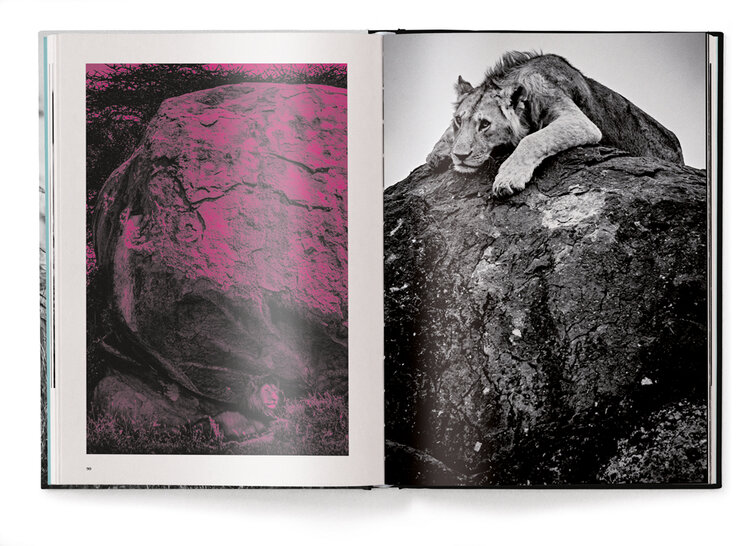 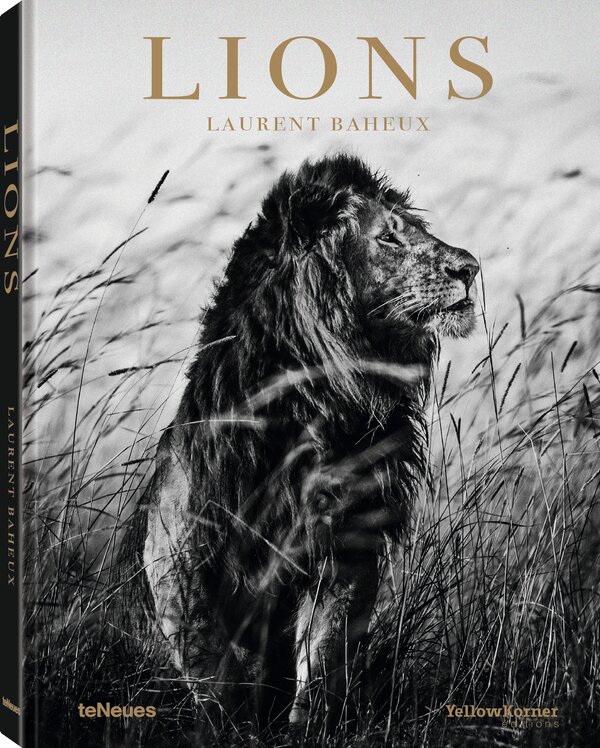 The King of the Animals in all its richness and character

The French photographer Laurent Baheux dedicates his new book to the “King of the Animals”—the lion. Breathtaking black-and-white images create a powerful portrait of one of the most majestic and endangered species in the world.

Think of lions and one might think of the powerful member of the “Big Five,” with a roar that echoes across the planes, and a merciless pursuit of its prey. One might think of the pack animal, surprisingly playful and affectionate within its pride. Or one might think of the endangered lion—long the target of hunters and trophy collectors. In this new photo book, Laurent Baheux journeys across Africa to capture the lion in all its intricate facets. The result is a sensitive and intimate photo portrait that shows the big cat in all its nuance: at once powerful, fragile, and tender. Baheux’s stunning black-and-white lion photographs show this feline animal with the precision and texture of a studio portrait—its many different movements, postures, behaviors, and expressions captured with startling intimacy. Playing among the pride, out hunting its prey, or eyeing us directly from the page, Baheux’s lion photography is as much a tribute to the lion’s character, power, and feeling as it is a haunting reminder that this most impressive of animals is also among the most endangered wildlife on earth.

For over 15 years, Laurent Baheux has been creating a collection of monochrome wildlife photographs, characterized by a contrasting, condensed style. With a unique approach that overrides the laws of nature photography, Baheux seeks to capture the character of each animal as an individual. He is actively involved with environmental organizations, including the World Wildlife Fund (WWF) and the Jane Goodall Institute. In 2013, he served as a goodwill ambassador for the United Nations Environment Program (UNEP) in the Wild & Precious campaign against poaching. His photographs are shown in galleries and exhibitions in his native France and abroad and are the subject of numerous books and publications. 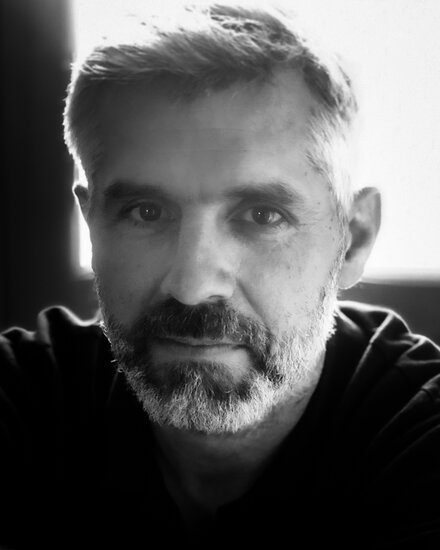 Laurent Baheux was born in Poitiers, France in 1970. He discovered his love of nature as a child. On long walks with his father, he explained the wonders of the world to him. But his artistic development took a few detours, as Baheux first worked as a journalist before dedicating himself to photography. His first works were in the field of sports and news photography.

During a vacation in Tanzania in 2002, he discovered his passion for nature photography. For purely practical reasons, he was already working in monochrome at that time, because the film and laboratory materials were simply more affordable for the self-taught photographer at the beginning of his career. However, he was soon taken with the black-and-white images and their special possibilities of depicting an object in the play of light and shadow, and even today he photographs without exception in this format.

For decades, Laurent Bahaux has traveled to distant countries to capture the beauty of the flora and fauna. In doing so, he always manages to capture outstanding scenes of the wilderness. Laurent Baheux exhibits these photographs in several art galleries in France, the USA and other countries. His first exhibition was held in 2006 at the castle of Collioure in southern France.

In 2007, he was named "International Wildlife Photographer of the Year." This award recognized his aesthetic and unique approach to wildlife photography. Since then, Baheux has gained global recognition and various "honorable mentions" in international photography competitions, placing him among the top ten best black and white photographers in the world. Since 2013, he has served as a Goodwill Ambassador for UNEP, the United Nations Environment Programme, promoting the conservation of nature.

He has published 13 illustrated books to date, showcasing his most beautiful and rare nature photographs. Baheux is enthusiastic about the idea of the large format, as it offers much more space than any gallery in the world has, so that he does not have to limit his work, but can show it in its entirety. He sees his publications as a way to democratize art photography and make it accessible to everyone. "The Family Album of Wild Africa" in three different editions and "Ice is Black" have been published by teNeues. 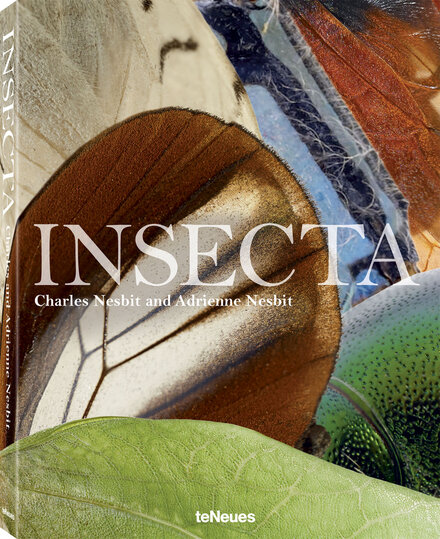 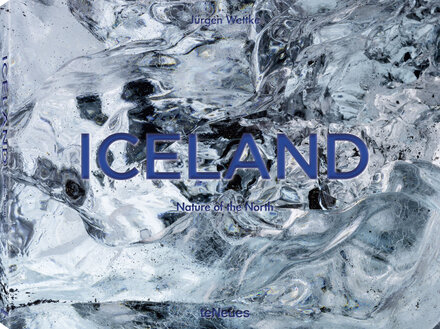 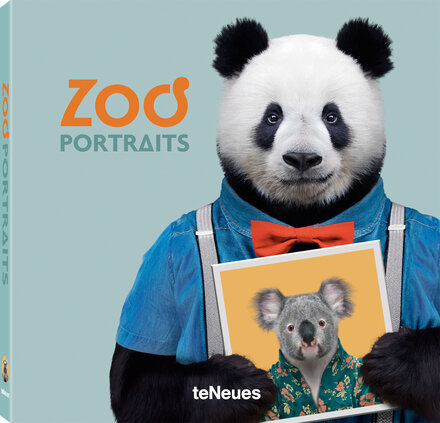 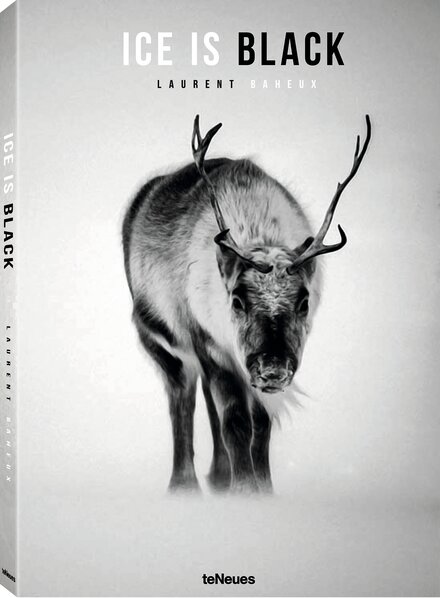